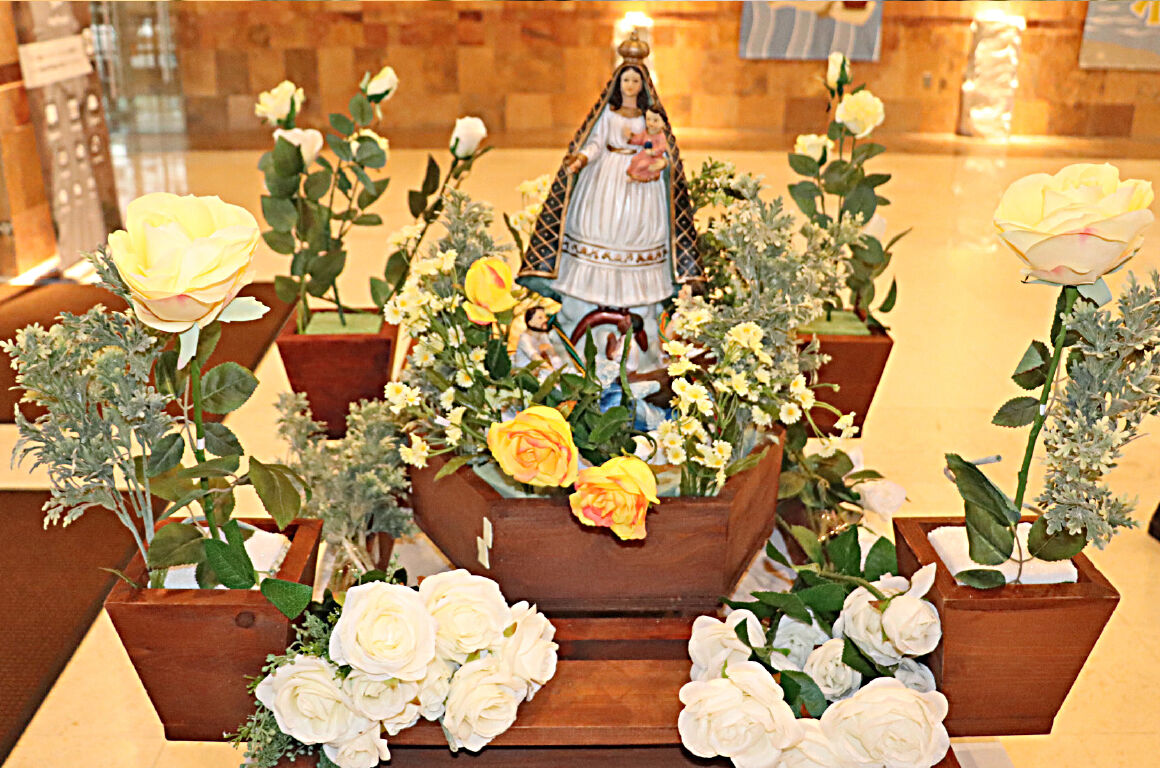 A statue of La Virgen de la Caridad del Cobre (Our Lady of Charity) on display prior to a Sept. 8, 2021, Mass at St. Agnes Parish in Naples. 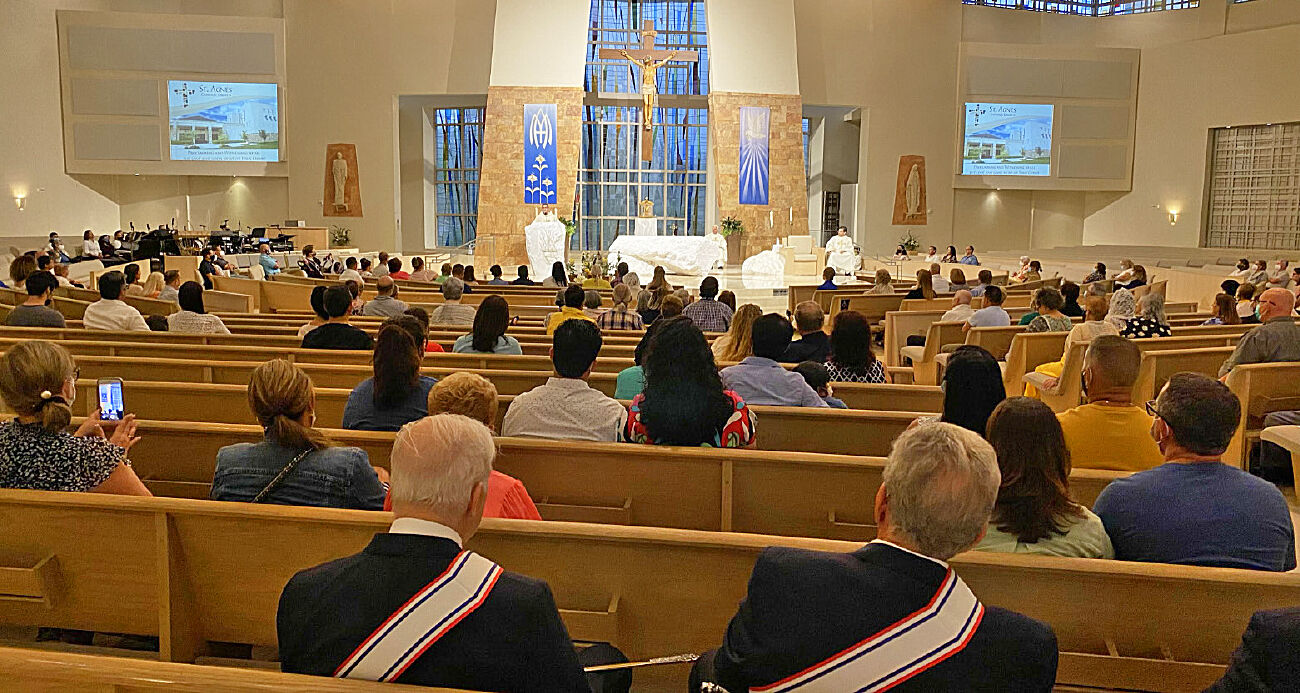 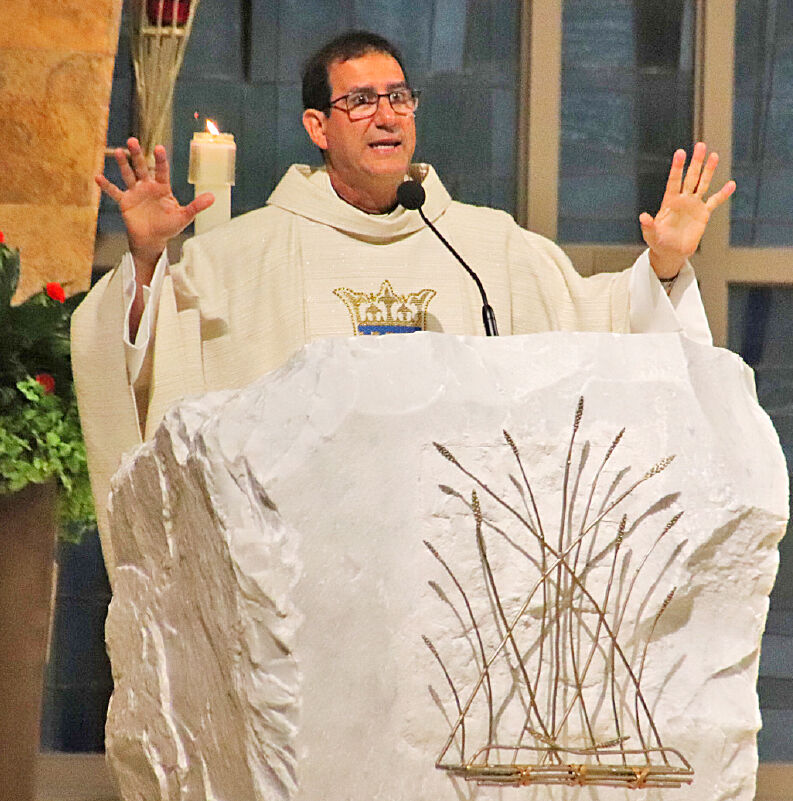 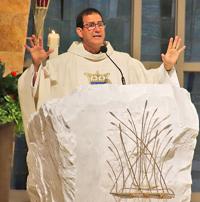 SARASOTA  |  The Virgen de la Caridad del Cobre (Our Lady of Charity) holds a special place in the heart of Amrita Martinez because its offers a connection to the American-born Cuban’s heritage.

“This devotion goes back in my family many generations and the stories of the celebrations on this day always bring me great joy,” Martinez explained following a Mass dedicated to Our Lady on Sept. 8, 2021, at St. Agnes Parish.

The commemoration of the Patroness of Cuba included guest celebrant Father Alberto Reyes, and was preceded by the praying of the rosary. More than 400 attended the Mass that was also celebrated as the Nativity of the Blessed Virgin Mary, with all of the music focused on honoring Our Lady. The Prayer of the Faithful included one for the citizens of Cuba, “that through the intercession of Our Lady of Charity, an end may be brought to the division, suffering and internal conflict within the country, and that all will work to build peace and harmony.”

The opening procession included a Knights of Columbus Honor Guard and the carrying forward of a small statue of the Virgen de la Caridad del Cobre by men dressed in white and wearing the hats of Cuban peasants. The image of Our Lady of Charity depicts Mary standing on the moon and surrounded by angels, while holding the Child Jesus, who holds a globe in one hand and raises the other hand in a gesture of blessing. The statue was placed on a stand in front of the altar during Mass. After Mass the statue was on display in the narthex where many people knelt and prayed before the image in respect.

The Mass came at a time when there has been enormous political, social and economic unrest in Cuba causing many to fear for loved ones who continue to live under the brutal communist regime.

Father Reyes spoke about the struggle for the people of Cuba during these turbulent times of pandemic and social turmoil. He shared stories of the suffering and oppression of many as they strive to eke out a meager existence.

While many in Cuba feel despair, Father Reyes said they are comforted by Our Lady of Charity who serves as a beacon of light during the ongoing storm. He told everyone that they must continue to support the people of Cuba in any way they can, but primarily through prayer.

While he noted not everyone present for the Mass was born in Cuba, they must still consider themselves to be Cuban forever. “It is in your heart! It is who you are! Live in unity with the people of Cuba!”

Father Michael Orsi, Parochial Vicar of St. Agnes, who has spoken publicly about the oppressive regime in Cuba, expressed his solidarity with the Cuban people, offering prayers that in our lifetime the country will break away from the heavy chains of communism, and the people will truly find freedom.

Martinez, who has several relatives living in Cuba but many more living in the United States said she often prays for “protection and comfort,” during times of trouble. “It’s what my family used to pray for before they left Cuba many years ago, and what we still all pray for. Our Lady is always there for us.”

Devotion to Mary under the title of Our Lady of Charity dates to 1612 when two indigenous laborers and a slave boy were on a boat in a fierce storm when they sought the protection of Mary. The storm suddenly calmed and then in the distance they spotted a white bundle floating on a piece of wood. It was a small statue of Mary holding the infant Jesus on her left arm and a gold cross in her raised right hand. Inscribed on the wooden board were the words, “Yo soy la Virgen de la Caridad” (“I am Our Lady of Charity”). Despite being found in the water after a storm, the white material in which the statue was wrapped remained completely dry.