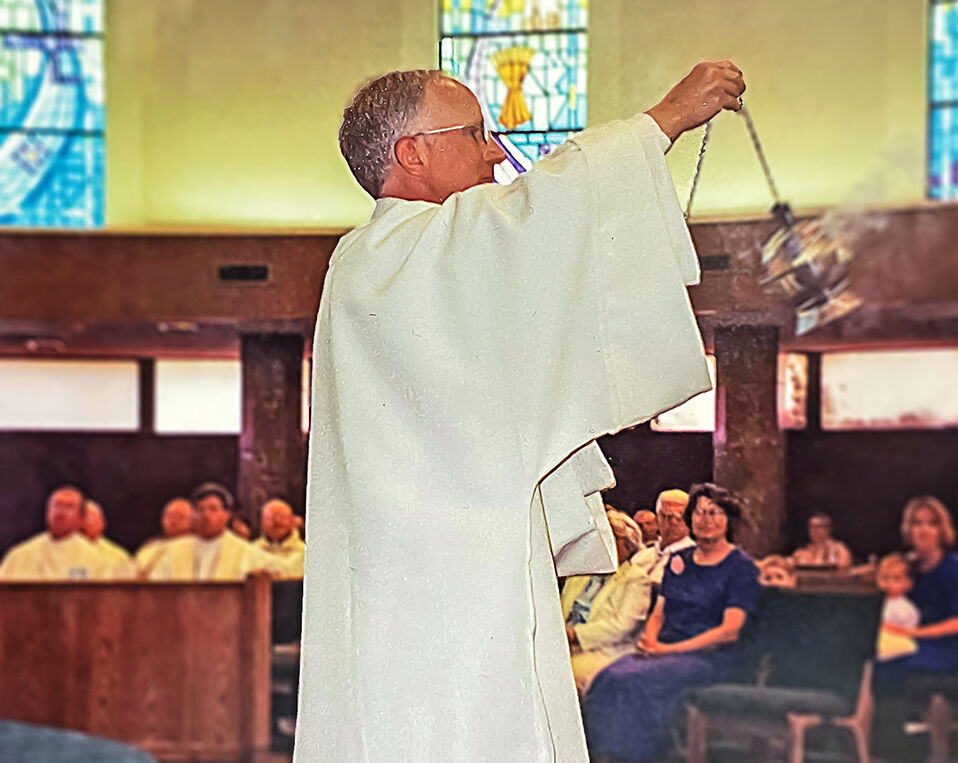 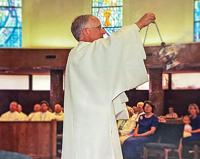 Deacon Dave Camous during his first Mass as a deacon at St. Francis of Assisi in Colorado Springs. 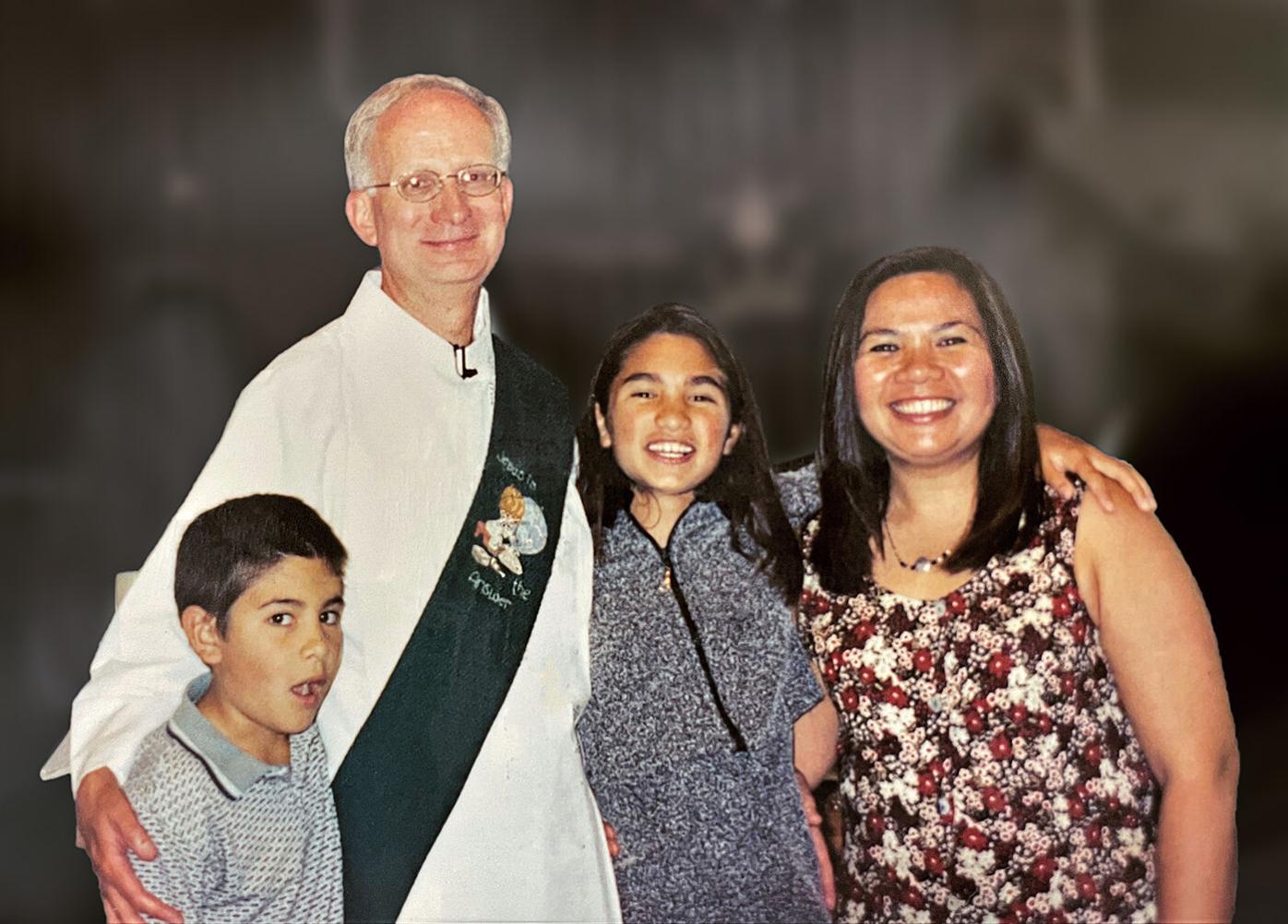 Deacon Dave Camous after his first Mass with his with wife, Rosie, and his children.

Editor’s note: The following is the third in a four-part series on the diaconate by Deacon Dave Camous, director of the permanent diaconate for the Diocese of Orlando.

The term can be appropriate, as it recalls the tentative first steps of a child learning to walk, who then quickly learns to run, all the while expressing unbridled enthusiasm and energy. After a new deacon’s initial, cautious and deliberate steps in ministry, he often races forward embracing all the ministries with which he is presented.

After Ordination, I quickly embraced not only a full liturgical schedule of assisting at multiple Masses on a weekend and preaching once a month, but additional opportunities to be involved in sacramental prep, invitations to teach adult and youth formation, lead days of reflection, and continue my ‘outside the walls’ ministry to homeless teens on the streets of Colorado Springs.

Two months into my ministry, I was surprised when the director of deacons invited me to join the formation team for the new cohort beginning that fall. As a professional instructor, as part of my consulting practice, I accepted this invitation. Educators know the maxim that the best way to learn something is to teach it, and I found myself embracing the deeper understanding of all I had learned during my formation through this new role. Perhaps God knew that I would need even more formation for the new challenge ahead.

Only six months after Ordination, Bishop Richard Hanifen, then bishop of Colorado Springs, called me into his office and told me he believed God was calling me to work for the Church full time. He had a parish on the outskirts of the city whose pastor needed to retire due to diminished health.

With four less priests than parishes in the diocese, he needed to invoke Canon 517.2, entrusting the pastoral care of this parish to someone other than a priest. He believed God was calling me to leave the business world and accept the role of parish director. Although a retired priest would be assigned to say Mass, hear Confessions, and administer Anointing of the Sick when requested, I was to be the full-time pastoral presence at the parish.

I was dumbfounded by the request, but after a long walk with my wife along Monument Creek, followed by a couple hours in prayer before the tabernacle at the designated church, I agreed to the bishop’s request.

As this was a new model of leadership for this parish, further complicated by my inexperience as a deacon, the final six months of my first year as deacon were marked by “learning the hard way.” And yet, by the end of that year I had learned more about how to live as Christ the Servant ministering to God’s People than I would have by any other path.

I still had much need for growth, but in that first year God had reinforced the need for me to surrender to His will.